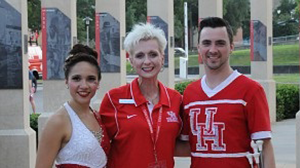 A former Feature Twirler at UH, Zuber-Garrison spends three evenings a week working with the Twirlers in practice for the Spirit of Houston’s pregame and halftime shows, then helps them to coordinate on game days. 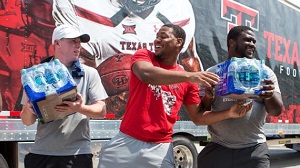 Houston’s university is standing #HoustonStrong and #CougarStrong after Hurricane Harvey, and students, alumni and community members are stepping up in a major way to support their fellow Houstonians in the aftermath. In fact, two anonymous donors have given $500,000 to the Cougar Emergency Fund, and are challenging the Cougar community to raise $500,000 more. Read our round-up to learn more about how you can help, and how Coogs are making a difference in these difficult times: 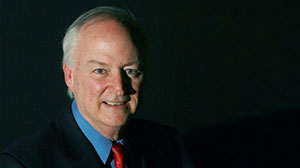 by Sarah Hill, posted on:

Thom Guthrie attended Houston Baptist College and the University of Houston before receiving his formal design training at the Banff School of Fine Arts in Canada. His design and production credits include more than 80 musicals, 150 plays and 80 operas. 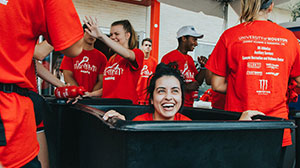 Is it HOT enough for you? Students started back at UH on August 21, 2017. Cougar First Impressions was present with maps, directions and, thankfully, water bottles for students. Even hotter? Moving in this heat! The Cougar Movers helped new and returning students transition into the dorms the prior week! Read more to find out what else Coogs are up to: 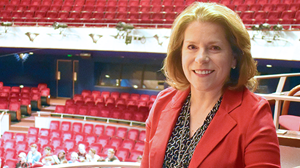 Cathy Coers Frank (’80) is a native Houstonian who is almost more involved with UH activities now than when she was a student! In 2006, she received the Distinguished Service Award from the University of Houston Alumni Association, and has served the UH chapter of Chi Omega Sorority for more than 35 years as the Panhellenic advisor and the Chi Omega Alumnae Association as the current Panhellenic delegate and past alumnae president — plus many, many more board positions and involvement in many other UH and Houston-area organizations. 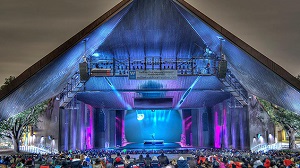 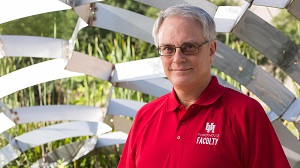 Dr. Randal Sitton, instructional associate professor at the Cullen College of Engineering, comes from a long line of Cougars. He has been visiting campus since childhood, and has memories of doing his elementary school homework in the reference section of the library while his father attended night classes. He spent more than 20 years working in the field after graduating, but he always knew that he wanted to teach at UH again after retiring. 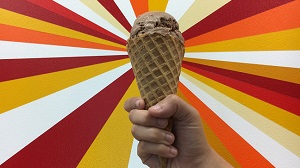 How are you keeping cool this summer? Coogs on campus for summer session know to head to Shasta’s Cones & More in the Student Center. But we’re sharing stories of cool Coogs from all over the world this week, from students studying in the Netherlands to competition winners in Chicago. Check it out! 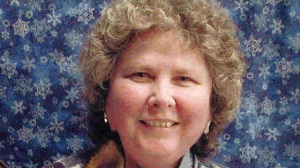 Cynthia Reibenstein (’75, M.S.W. ’88) is a member of the “Here, We Go” Campaign committee for the Graduate College of Social Work, and has also served as an adjunct professor since 1992. A strongly engaged alumna, she shares some of the challenges of her profession and imagines what UH will have accomplished by 2020. 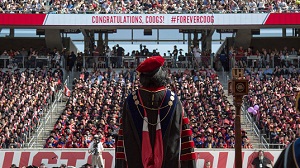 Congratulations to the class of 2017! On May 17, 5,193 degrees were awarded (with the total number of degrees awarded for the 2016-17 school year being 8,690). That’s a lot of promising Coogs! Read on to learn more about what our amazing students and alumni have been up to: