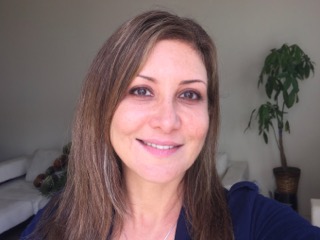 Kathryn Haydn (’88) is a non-fiction television producer and actress, best known for producing “Ice Lake Rebels” (Animal Planet) and “Swamp Loggers” (Discovery Channel). She visited the Valenti School of Communication in August, 2016 to share her experience in the television industry with students in a documentary filmmaking class, where she laid out several key recommendations as they start their careers. These included: understand that you have to start at the bottom and work your way up; learn while you earn; be a good writer; and know your story inside and out.

Why did you choose to attend UH – what was the defining factor in your decision to enroll?

The communications department — they had an excellent program. I went to Sharpstown High School, and many of my classmates came to UH as well — so I had a lot of friends already, which helped.

What was it like to be back on campus to lead a documentary filmmaking class? Had you ever taught a class before?

First of all, campus has changed so much; I barely recognized it as I was driving in! I hadn’t led a class like that before, but I’m used to teaching and leading a crew of about 20-30 people. So, it was almost like talking to my crew in some ways. I wasn’t sure how to gauge the students’ experience level. But since they’ll be going into the workforce in a year or two, I decided to share some of the things I wish I had known when I graduated, and at least give some kind of indication of how the television industry works.

It was great how you were able to give them concrete examples and show them footage from your shows. Did you know that you wanted to non-fiction film while you were studying at UH?

At first, I wanted to go into scripted filmmaking, so I was trying to focus on how to tell stories from that angle. I’m not sure if there was a documentary class at UH back then or not. Even after I graduated, I pursued fiction more than non-fiction for a very long time. There was a moment in time where I started to watch documentaries, and I became enamored with them — just in love with the truthful quality that you get from real human interactions which is impossible, really, to replicate in a work of fiction. To sift through hundreds of hours of footage to find a real, human interaction that you captured on film — there’s not one single fictional moment that can beat that, not one.

The popularity of documentaries certainly seems to have exploded in the past 20 years.

Yes! On television, too. Since I graduated, reality shows and documentary series have become huge; there didn’t used to be a Discovery Channel, a History Channel, a National Geographic channel. It’s a completely different world now.

I have to ask you about reality television vs. non-fiction television. When you say a reality show and non-fiction show, does that mean the same thing?

It could, but I think that people’s perception of “reality TV” is different than their perception of non-fiction programming. When I approach someone and say to them I produce non-fiction programming, they’re going to kind of think, she must mean a documentary or documentary series. If I say that I’m producing a reality show, they think, ex-wives of Orange County, or does Joe Millionaire want to marry Jane Billionaire — not that there’s anything wrong with those shows, they just tend to be more social, more about dating and fashion.

I work on documentary series shows that are more about following the day-to-day lives of people who are doing challenging work in challenging environments. But, these shows still rely on the cast’s relationships to each other; I’d say that’s 90 percent of the reason we tune in.

How did your education at the Valenti School prepare you for your career as a producer?

It’s very important in this industry to learn to work as part of a team. When I was at UH, my film and drama classmates and I would go off campus to shoot footage for student projects, and that bonding experience — making a little mini-crew within the student body — is something that you carry forward out into the real world. You’re making little families every time, for every project, because you’re living together, you’re cleaning your laundry together, six days a week, in intense situations, and you get to really bond with your crew.

In the class, you talked about your experience producing “Ice Lake Rebels,” which ran on Animal Planet for two seasons; does that stand out to you as your most memorable experience you’ve had as a producer?

Absolutely. It has a special place in my heart because I discovered that cast. It felt like a second home to me for so long, visiting for long stretches over the course of four years; I bonded with the city of Yellowknife and the cast. Plus, it was such an extreme show to produce, with negative 20-degree weather and incredible rough terrain, so that kind of bonds you anyway. It’s like bonding by fire, or ice, in this particular case! The harder a thing is to accomplish, the sweeter it is at the end of it.

Is it unique for that to happen — for a producer to conceive the show from the very beginning?

That’s probably more unique than not. I’ve been pitching shows for quite some time, and there have been a couple that have been picked up as pilots, but that was the main one that really went to two seasons and did fairly well in the ratings. It has a significant place in my heart for that reason, too.

Did you have a favorite professor or class at UH?

Dr. Jowett, for sure. He was hilarious — I had a few classes with him. Dr. Hawes was another one of my favorites. If I’m not mistaken, I think he is the one who brought out one of the Monty Python writers to talk to us. I don’t know how he did it, but it was an amazing experience.

Do you have any hobbies?

Who has time for hobbies? But I actually do watch TV shows as a hobby — I know that sounds ridiculous, but I tape them all and watch them when I have time. Sometimes I don’t make it past the first five minutes, because I can get a good sense of it, and I’m very critical. I’m always trying to figure out how they did it, where did they place the cameras, or how should they have placed the cameras, or what scene was a “Re-Cre,” or recreation. I’m probably the worst person to watch television with, because I’m constantly analyzing it with my producer brain.

Is it fun for you to watch it? It seems like you can’t switch your brain off, like most people do when they watch TV.

No, I can’t. People hate going to see movies with me! I’ve learned to get better at it and watch it for the entertainment value, but it is hard when you’re a producer, if you’re in post-production especially — you’re watching the same 43 minutes over and over for the minutest of details, and you get to be super analytical. It’s just the way that your brain develops over time.

You gave lots of practical advice for the students in your presentation. If you had to pick one as an example, which would you say stands out in your experience?

Hands down, the most important thing is to know what the story is that you’re pitching or producing, and make it abundantly clear. The audience will not get it at all until about the third time that you’ve said it. Make sure your story is clear and that you know what that story is. Then, keep coming back to it and repeating that messaging over and over.