What started out as a backyard fundraiser with 40 people, is now University of Houston’s LGBTQ Alumni Association’s Red Dinner, currently in its third year. The event drew nearly 250 guests and raised more than $40,000 last year when Brian Sims, the openly-gay state representative from Pennsylvania, was the headliner. Sims spoke passionately about the need for tolerance and available support systems.

Red Dinner III, on Saturday, May 19, 2018, is poised to surpass last year’s event in size and scope. The proceeds from the Red Dinner, as always, will benefit LGBTQ students at UH. Sarah Pepper, from 96.5’s “The Morning Mix,” and Annise Parker, Houston’s former mayor, are just a few of many that are scheduled to appear. Former University of Missouri football star and All-American Michael Sam, the keynote speaker, was the first LGBTQ player to be drafted in any major American sport. He will discuss the challenges he encountered, the power of tolerance and overcoming adversity.

Adversity is no stranger to LGBTQ UH students. Undergraduate, Daniel B. (’18), spoke at last year’s Red Dinner II, thanking the LGBTQ Alumni Association for the financial support that allowed him to continue his studies. With emotional and financial parental ties severed, Daniel looked to the LGBTQ UH alumni as a source of support. “It’s like Maya Angelou says in her poem, Our Grandmothers: ‘I come as one, but I stand as ten thousand,’” he says. “There are literally thousands of people, and so many of them in the LGBTQ UH Alumni Association, willing to help you reach your educational goals.” 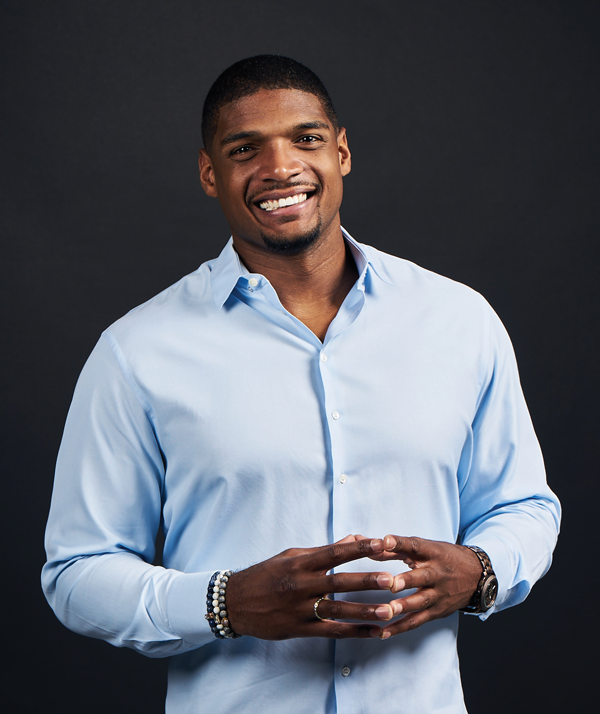 To anyone out there, especially young people feeling like they don’t t in and will never be accepted, please know this, great things can happen when you have the courage to be yourself.”