Mike Weingart: a Lifetime of Dedication

Mike Weingart (’63) first traveled from Chicago to Houston to visit the University of Houston, where he was interested in studying photography. It was on that visit that he learned the photography program at UH was being transitioned into a photojournalism program. Despite this hiccup, he was still a big enough fan of Houston to enroll at UH. 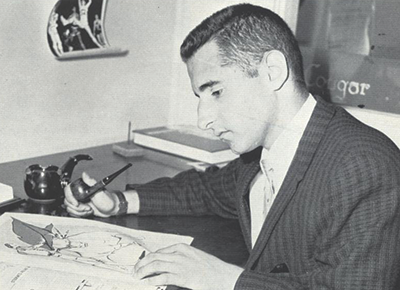 While working on his degree, he was encouraged to focus more on journalism by his mentor, professor and student publications advisor Ross Strader. He would become editor of The Cougar, overseeing the move from weekly to semi-weekly publication. “I was the editor when they integrated the school, and that was quite interesting. President Philip Hoffman called me in and said: ‘This is what we’re doing. Handle it how you think appropriate.’” It was a lot of pressure for a student, but Weingart was up to the challenge.

After graduation, Weingart began a career in journalism and was the founding editor of the Houston Business Journal (HBJ). He went on to become publisher, president and CEO. After serving in the president and CEO capacity for around four years, he and his wife decided to purchase a travel agency. That purchase was the beginning of a 28-year career of being both owner and operator of the agency. He eventually sold the business, but spent an additional eight years managing it.

It’s clear when talking to Weingart that he holds Strader, his former mentor, in the highest regard, saying: “The part that made UH so magnificent and so good for me was the role of Ross Strader in my life. I attribute my successes to him, basically.” Weingart recalls how he purchased a commemorative brick in the courtyard of the Valenti School of Communication in Strader’s honor and picked up Mrs. Geraldine Strader, his mentor’s widow, in order to take her to the dedication. 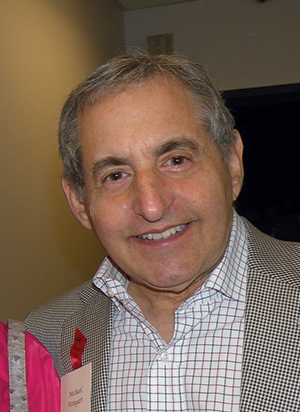 Presently, he serves as president of the Southwest chapter of the American Society of Travel Agents, chair of the Chapter Presidents Council, and national director on the Board of Directors of the Society. He is also a past president of the Valenti School of Communication Alumni Association.

Weingart made the decision to become a Life Member of the University of Houston Alumni Association in 1993 and his reason behind that is simple — but nonetheless poignant: “The University was good to me, so I want to be good to the University.”