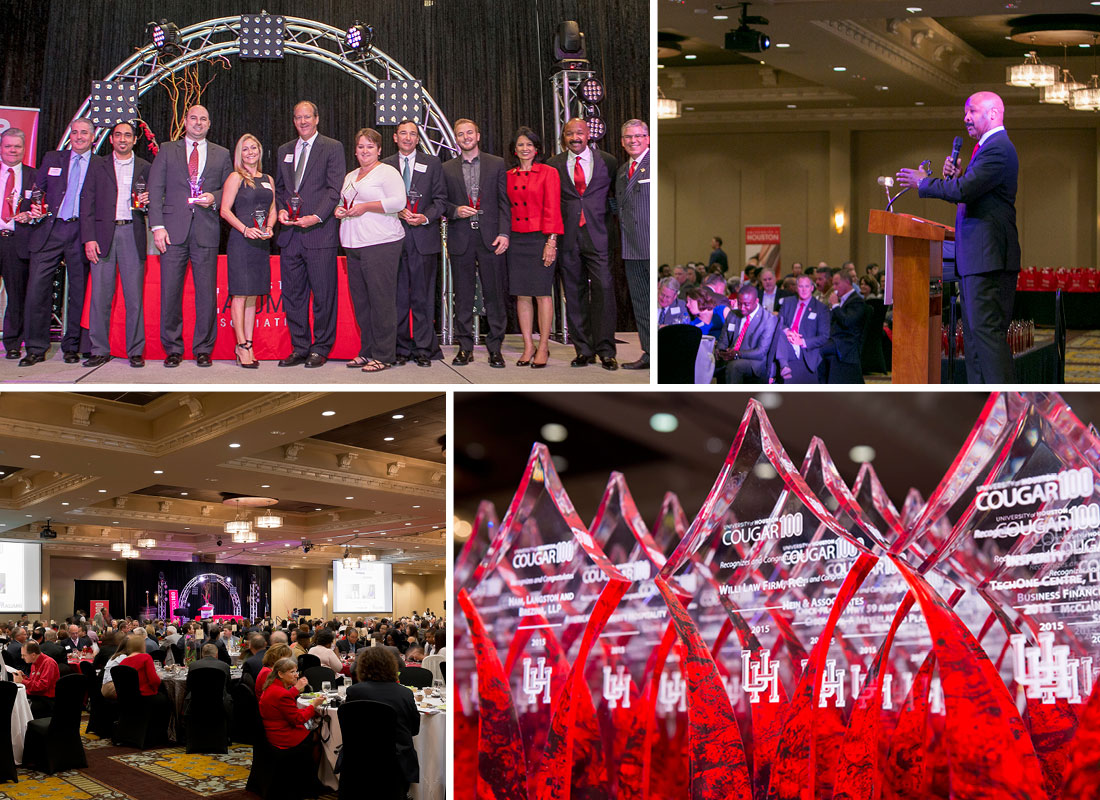 The Cougar 100 identifies, recognizes and celebrates the world’s fastest growing UH Cougar-owned and Cougar-led businesses, demonstrating to all that UH alumni are among the finest commercial and industry leaders in the world.

This bold new annual tradition was launched in 2014 during UH Homecoming Week at the November 6 inaugural Cougar 100 Luncheon. In front of more than 750 attendees, Adame Garza, LP, was announced as the top company based on two-year revenue growth. Following a successful first year, the Cougar 100 returned in 2015 with more alumni-led companies vying for the top spot. UH revealed its second-annual Cougar 100 ranking on October 27, 2015, at the Bayou City Event Center honoring Pest Force as the No. 1 fastest-growing businesses owned or led by UH alumni.

The inaugural Cougar 100 Career Fair was held on April 9, 2015, in the O’Quinn Great Hall at the Alumni Center on campus. At the event, 26 Cougar 100 companies and more than 300 graduating UH seniors experienced how inspiring and impactful it is for Coogs to do business with fellow Coogs. Students received an invaluable opportunity to network with Cougar 100 employers and explore post-graduation career plans. The next Cougar 100 Career Fair will take place on February 10, 2016, and will feature the newest roster of top alumni companies eager to employ successful graduates from UH.