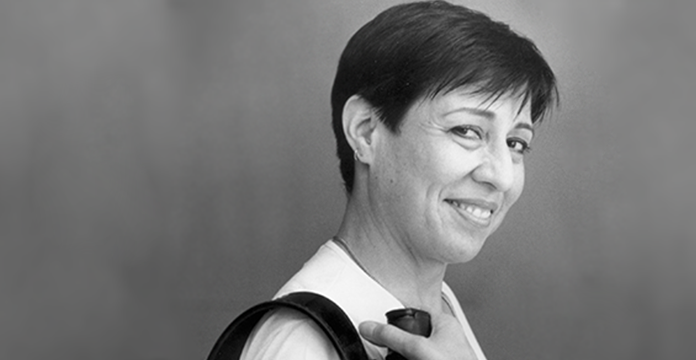 Some people know where their passion lies and what they want to be when they grow up from the time they’re children. For others, that realization may come during college or even later during their adult years. For poet Sarah Cortez (M.S. ’82), it wasn’t until age 37 that she took her first step toward becoming a writer.

Cortez majored in Psychology & Religion at Rice University before earning her Master of Arts in Classical Studies from the University of Texas at Austin. After spending two years teaching Latin at St. Agnes Academy in Houston, she decided that her roughly $1,000 per month salary wasn’t sustainable for her.

It was at this point that she found her way to the University of Houston, where she earned a Master of Science in Accountancy in 1982. She began what would become a 16-year corporate career in accounting that saw her rise to a high-stress middle-management position. It was during this time that she decided to take her first writing class: an undergraduate beginning writing course at UH.

“I wanted to be a writer, but in that sort of vague, dream world that we all have. You know, the ideal dream world,” she said. “It was a very precious dream to me, therefore I was scared of it.”

“I love working with people who may be scared, or hesitant, to write.” – Sarah Cortez

She credits the first two professors she encountered at UH with being excellent teachers who demonstrated great ethical pedagogy. The first was Thomas Cobb (M.A. ’84, Ph.D. ‘86), the author of the novel “Crazy Heart,” and the second was poet Edward Hirsch, currently the president of the John Simon Guggenheim Memorial Foundation.

Cortez was taking these courses while working her accounting job, eating a quick lunch in her office before walking across the street to a library to spend the rest of her lunch break writing or reading a journal. As she was working toward improvement as a fiction writer, turmoil in her personal life stalled her growth as a writer.

“I got depressed and stopped writing for two years. My marriage was kind of falling apart. I became interested in becoming a police officer and the person I was married to was not happy about that, for the wrong reasons.”

She was losing a husband and making a big career change, entering the world of law enforcement in 1994. It was when asked why she chose law enforcement that Cortez got a bright smile on her face and said, simply, “Ah, it’s the best thing in the world.”

“It’s a way for somebody to stand up for what they believe in. And to stand up in a much more pragmatic way than getting on a soapbox and making speeches, because you can say anything.” Cortez added, “It’s a much quieter way to show, and to live out, that crime is wrong.”

After more than five years as a full-time police officer, working on her writing during that time and moving from fiction to poetry, she decided to work as a reserve officer with one of the Harris County Constable’s offices while taking a visiting scholar position at UH with the Center for Mexican American Studies (CMAS). She created a pair of courses during her nine-year tenure on staff that focused on enabling students who were not English majors or focused on creative writing to learn to write in a genre, then revise and respond to texts as a working writer.

Having returned to where her post-collegiate career started, as a teacher, Cortez said, “Part of the joy and excitement of teaching those courses in creative writing at CMAS was working with people who may not yet be confident with the English language, but who are yearning to express themselves better in English and do so with creative skill. I love working with people who may be scared, or hesitant, to write.”

During this time, Cortez was seeing a number of her poems get published. For her, it seemed natural for her police work to make its presence felt on her poetry. She did note, however, “I policed for several years before I wrote about it.”

She spoke about the concept of “blue-collar poetry,” in which a blue-collar worker channels their experiences into their writing. She lamented the small number of such writers, but did say, “The best poetry is the poetry that will crack open an experience and give the reader or listener something intangible. You know, to help with the understanding, to enlighten, to share. I don’t think it’s natural, necessarily, to take it into the workplace, but I wish more people did.”

Currently, Cortez is still writing, working as a freelance editor, teaching and taking speaking engagements. In June, she will be running a workshop at the West Chester Poetry Conference in West Chester, Pennsylvania. Additionally, she was invited to serve as a Councilor on the Board of the Texas Institute of Letters, an organization devoted to promoting literacy and recognizing literary achievement.

And, of course, she is still working as a reserve deputy with Harris County as a deputy constable. As she so plainly put it, “I probably will serve until the day I die. I just love it.”