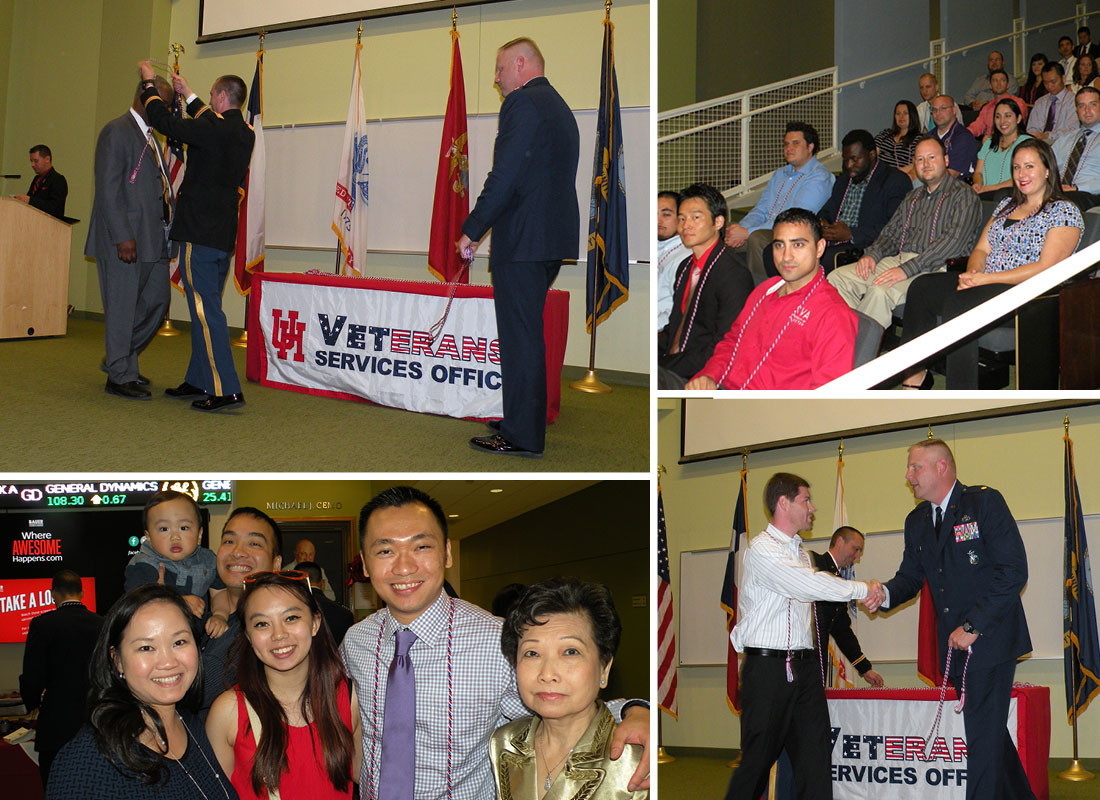 On December 12, 2014, UH began a tradition that has grown in size and reverence. Just before commencement, the University of Houston community honored fall 2014 graduating U.S. Military active duty, commissioned cadets, guardsmen, reservists and Veteran students. UH presented each graduate with a red, white and blue Military & Veteran Patriot Cord to wear during the commencement ceremony. These cords signify the appreciation that the UH community feels toward our military and veteran community for their personal and academic accomplishments. UH recognizes and appreciates the sacrifices they have made and value the diverse life experiences they bring to this campus. The second annual Military and Veteran Patriot Cording Ceremony was held for spring 2015 military graduates on May 8, 2015.