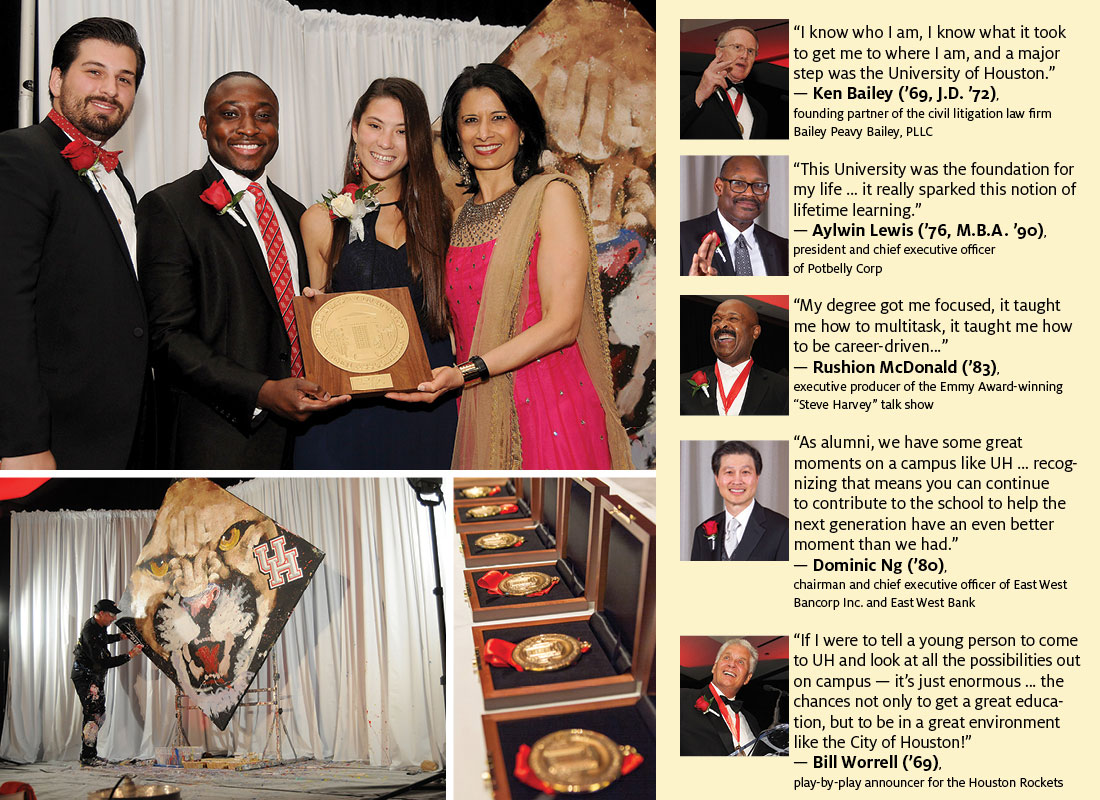 The UH student body, including 2014-15 Student Regent Asit Shah, who worked tirelessly with the Regents of the University to keep the best interest of our students in mind, were collectively presented the 2015 Chair’s Award for their extraordinary support to UH. In this case, the award was presented to recognize the significant role students have played in making improvements to the University’s culture, diversity and experience over the past five years. The award was graciously accepted on behalf of the student body by Cedric Bandoh (’14), Charles Haston (’12) and Kelley Poblete (’15).

Five exceptional individuals were presented Distinguished Alumni Awards for their dedication to UH and to honor their successful careers. These five individuals comprise an elite group that uses their UH education to propel the University forward, whether through hiring UH graduates, coming to campus to mentor and visit with current students or through their many contributions of time, talent and financial support.

You may visit houstonalumni.com/awards to watch the videos that explore each of the Distinguished Awardees’ journeys through UH, culminating in exciting careers. One such story tells how Bill Worrell’s (’69) pre-dentistry major turned to a successful career as a broadcaster. He is perhaps best known for being an announcer for the Houston Rockets. Another similar tale was how Rushion McDonald (’83) went from being a math major to an entertainer and entrepreneur. He claims that the pivotal change in his academic career came when he took his first UH sociology class and absolutely fell in love with the discipline — going on to eventually minor in it. Through winding and often surprising paths, all these honorees navigated their time at UH to the best of their abilities and used what they learned to become what awardee Aylwin Lewis (’76, M.B.A. ’90) calls a “lifelong learner.”